Art on Track took place aboard an 8 car moving CTA train. The special train circled the loop of down town Chicago making stops to pick up new passengers along the way. Every time the train made a stop, large groups of people came pouring out of the cars and almost crashed into each other as they ran in either direction to board a new car. Art on Track took place once a year and ran on the down town tracks for 5 hours. It was great fun. Inspired by science fiction, our train car was a commentary on our current society and fears. "Zombie Train" was a commuter train set in the future where GMO corn has taken over public transportation in the forms of entertainment and convenience at various bars through out the installation. Our train appeared to be happy, bright, and over the top, but for every happy side there was a shadow side. Every commuter character was mirrored by their zombie self. 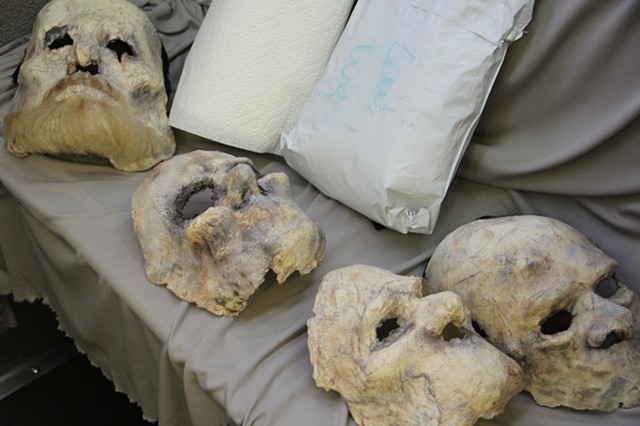 ZOMBIE MASKS WAITING FOR THE PERFORMERS ON THE SHADOW SIDE
Handmade paper, make up, liquid latex 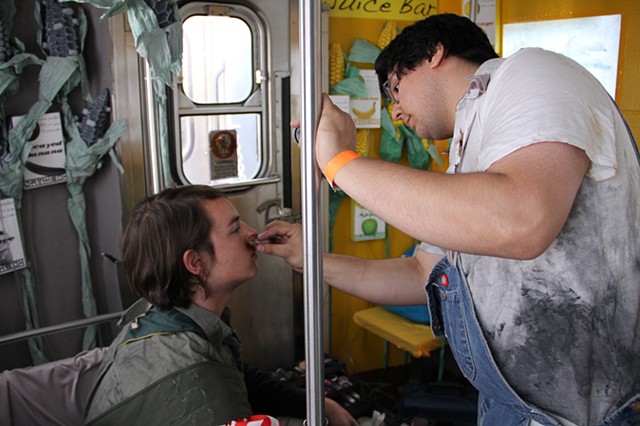 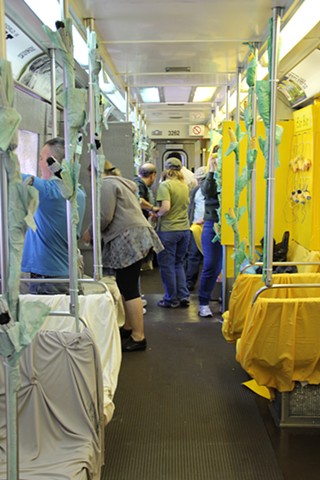 SETTING UP THE 2 SIDES OF OUR TRAIN 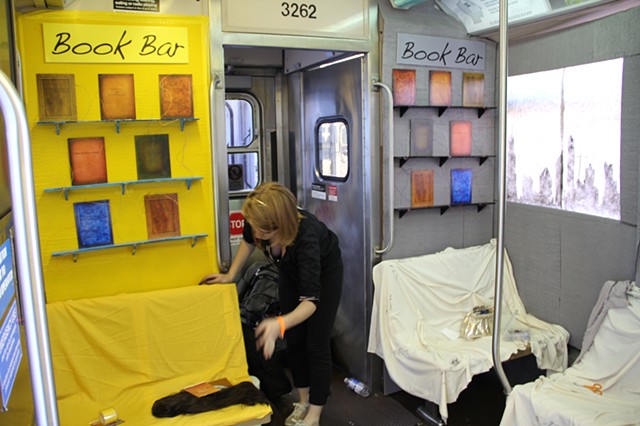 SETTING UP THE BOOK BARS 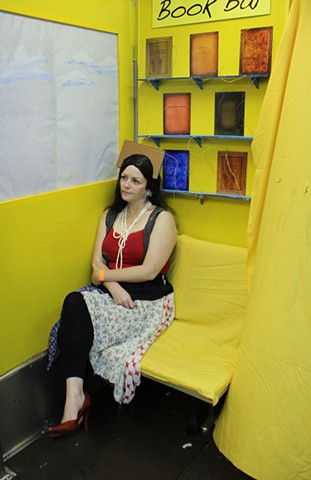 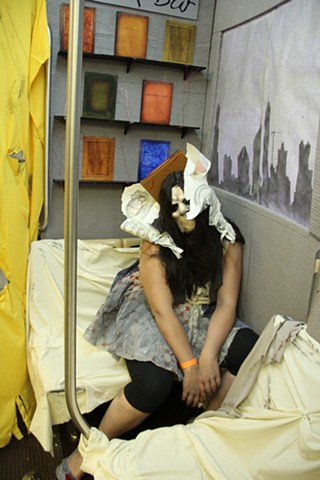 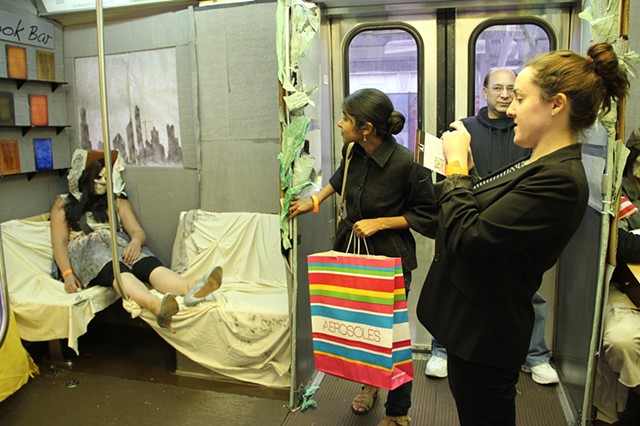 BOOK BAR (with entrance on the shadow side) 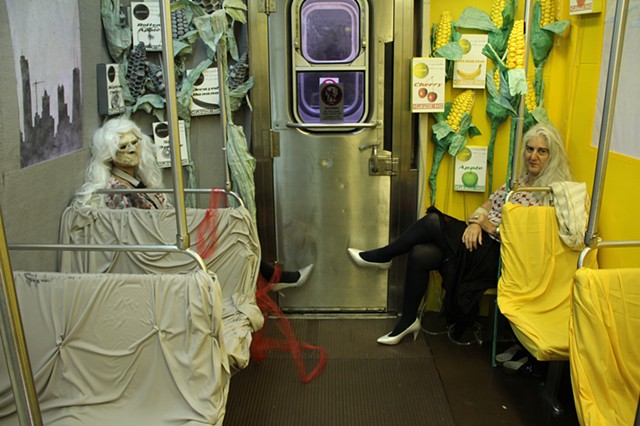 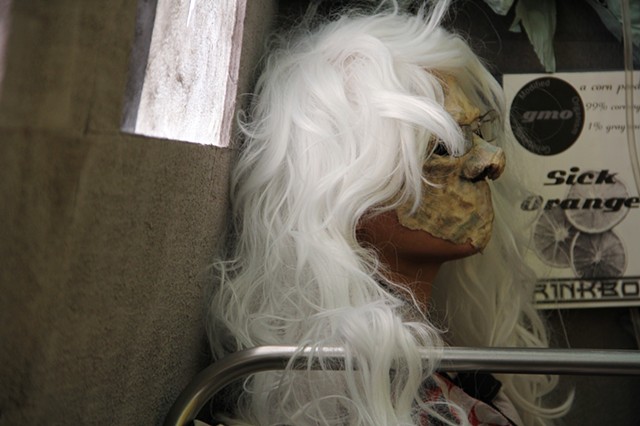 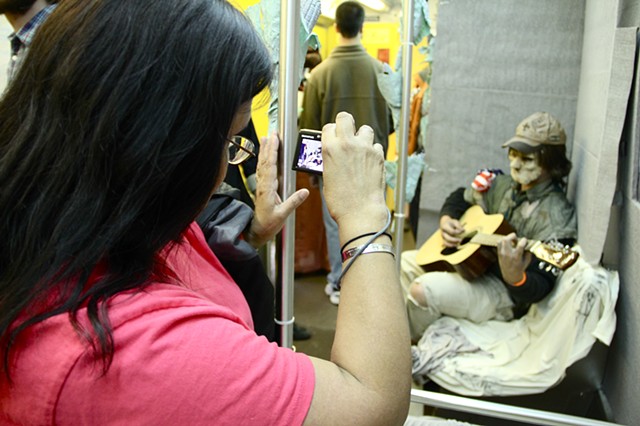 ON THE TRAIN (real boy scouts) 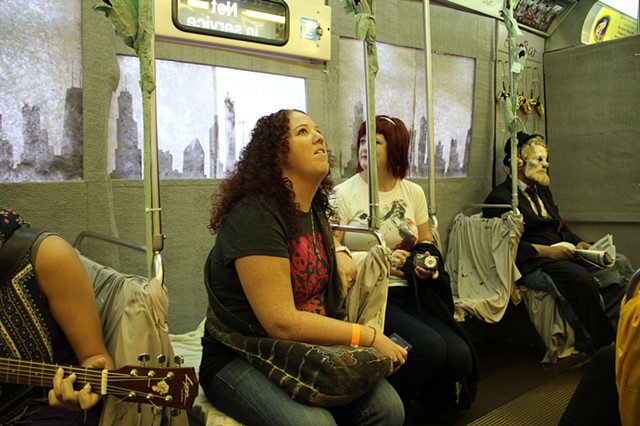 THE SHADOW SIDE (with The Ear Bar in the background) 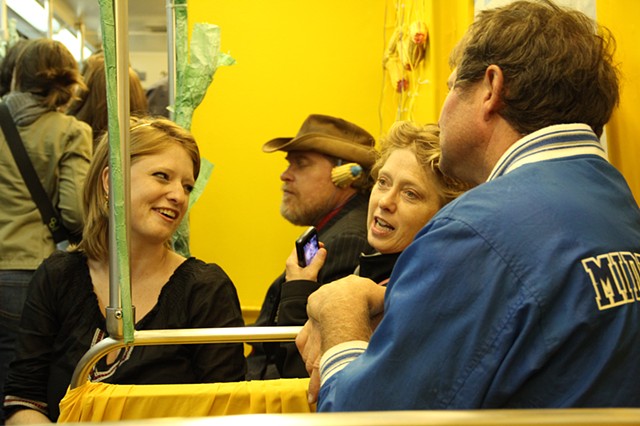 THE HAPPY SIDE (with The Ear Bar in the background) 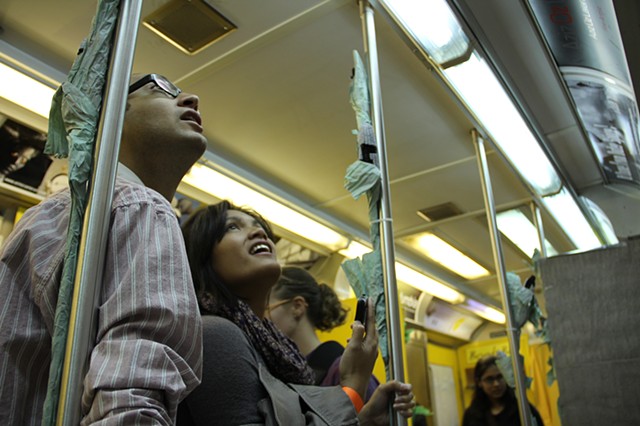 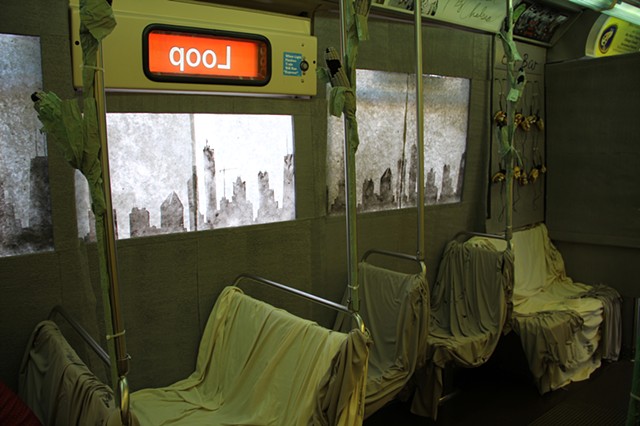 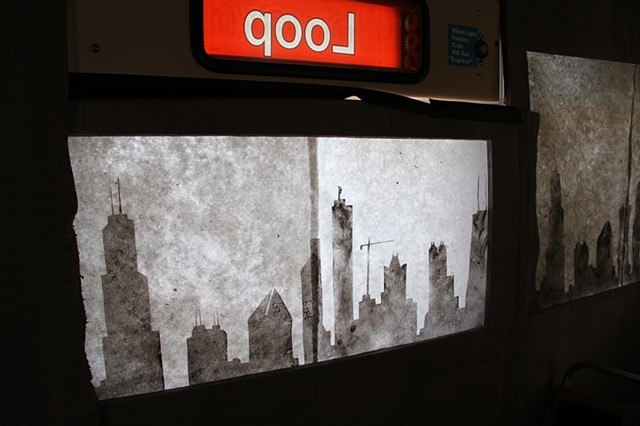 ON THE TRAIN (zombie side windows) 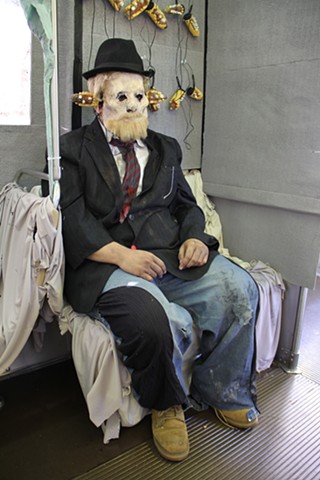 ZOMBIE COMMUTER AT THE EAR BAR